Two ideas for the same mine: Don Sixto and his unexpected prominence 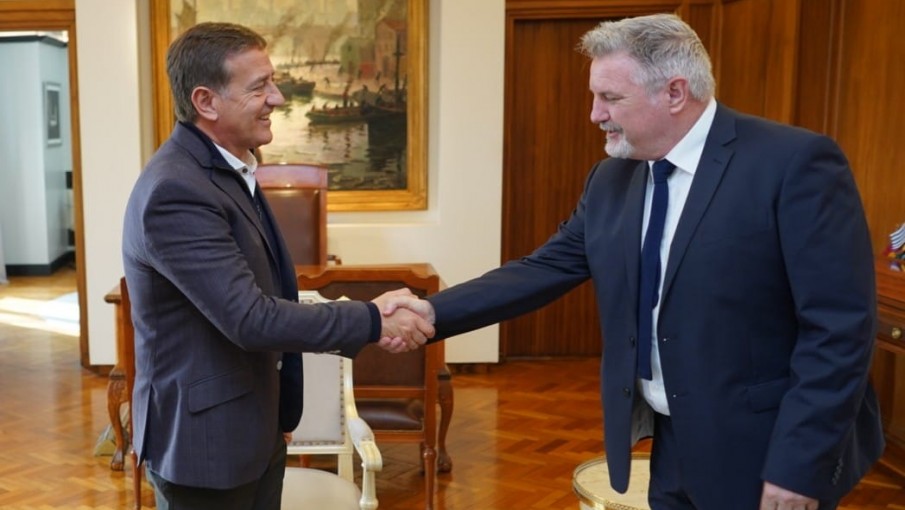 Note: This article was translated from the original.

Suddenly a gold mine becomes the star of mining in a province whose greatest potential is copper. The reasons and what the promoters of each of the initiatives expect.

Although at the time Governor Rodolfo Suarez said that the development of mining was a finished subject at least during his administration, the provincial president is enthusiastic about the idea offered by an Australian company to extract gold without using cyanide, applying methods that for now are secret, in order to be able to put some deposits into production.

The truth is that with the passing of the days and some clarifications, it became clear that the idea of the company, Clean Earth Technologies is to test the mineral of Don Sixto ore and, in case they have a positive result, try to convince the owners to use the extraction system that it proposes. Thus, from no options before, now there are two intentions to reactivate this gold deposit, since the zoning project of Juan Manuel Ojeda, Mayor of Malargüe, would also aim at giving it a free way to be exploited.

Although Mendoza's great potential is copper, there are two ideas on the table that point to the same gold deposit. Ojeda's idea and its zoning would seek to exempt the area where Don Sixto is located from the scope of 7,722, because it is the most advanced and fastest project to put into operation, in this case, with cyanide.

The other idea, that of the Australians, and the one promoted by the provincial government, is to apply a method without cyanide, based on sodium triosulfate and three other elements, for the extraction. The possibility will depend on the studies to be carried out and on whether it is profitable for the owners. It belongs to Yamana Gold, a company that was bought by the South African mining company Gold Fields Limited for US$6.7 billion.

One has an advantage

In this unexpected scenario, in which Don Sixto, formerly known as Huemul, suddenly becomes the "star" mining project in Mendoza, one of the two ideas for its exploitation is the one that has the advantage. That of the Australians.

The Government of Mendoza is betting on Clean Earth Technologies and its Clean Mining's system, over Ojeda's idea, which is even postponed. The mayor's intention was to present the bill that would include the zoning when Suarez returned from Canada, but the governor came back with this new secret system under his arm. From the fourth floor of the Government House, they say that the presentation of the Malargüino's text was postponed for now, although the Executive had already anticipated that it was a legislative discussion.

When consulted, the Governor was not against the idea of the communal chief, but he referred it to the House of Laws. At that moment it was clear that it would not reach the Legislature with the support of the Government.

In the Suarez administration, they understand that the Australians' idea can be successful in terms of an eventual processing of an EIA for exploitation, as long as the system works, over the mayor's idea that means modifying the 7.722 with all that this would imply and the reaction of the anti-mining sectors.

For now, Ojeda's idea is at a stand still, and although the Government says that it is while the period of negotiations with the unions is ending, which has caused several headaches to the Executive, the appearance of the Australians and their impact, in spite of the doubts that exist about their system, would also have to do with it.

The big doubt that remains is whether, in case the Australian system is effective for the exploitation of Don Sixto and before an eventual approval of the owners after analyzing the economic equation, the legislative treatment will be far from the debates installed by the anti-miners who seek to oppose any development of the industry, whatever the method. This, assuming that all the components that we do not yet know are within the provisions of Law 7,722.